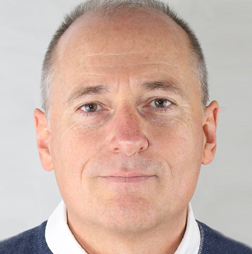 Chairman of the board

Georg is the Executive Vice President of Drug Discovery at Cambrian Biopharma. He has nearly 30 years of experience in big pharma and biotech, holding R&D leadership positions at Bayer, Abbott/AbbVie, and most recently as Head of Preclinical CNS Drug Development at GSK. Georg was also Co-Founder and CSO of the CNS drug discovery company Siena Biotech and, more recently, CSO of OxStem (a University of Oxford spin-out focused on regenerative medicine). In addition, Georg has led EU R&D framework organizations as Vice-Chair of the Innovative Medicines Strategy group in the context of EFPIA and IMI. In addition, he was adjunct Professor at several European universities for more than ten years and leader of several European-wide research programs funded by the EC. Georg has published over 90 scientific articles and is an inventor/co-inventor of 15 patents. He has a first-class honors degree in Biology and conducted research at the Max-Planck-Institute in Cologne and the Federal Research Centre Juelich for which he has received a Ph.D. in natural sciences. 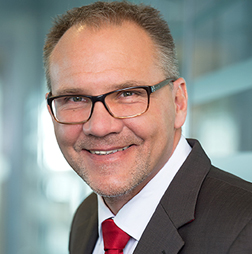 In his current position as Business Development and Licensing Director, External Innovation at Sanofi, Olaf seeks and executes external R-D-C opportunities to address Sanofi's strategic priorities. In his role he helps to define the innovation strategy and perform global external searches and assessments in the therapeutic area of rare and neurological diseases. He is working in a global, transversal team to which he brings his strong expertise on drug discovery and development he gained over 23 years working in pharmaceutical industries and his deep insights in the European academic and biotech landscape as well as rare disease ecosystem. Through his key contributions, several successful collaborations with academic groups and companies in various therapeutic areas were started. In addition, he is an invited lecturer and jury member on subjects such as target and compound profiling, rare diseases, general drug discovery. His research teams delivered multiple preclinical-, phase I-, phase II-, and lead candidates. Olaf’s contribution to Sanofi’s drug-pipeline was awarded by the “Meilenstein Preis” and “Drug Hunter Award” for outstanding efforts and key contribution to drug innovation and approval. 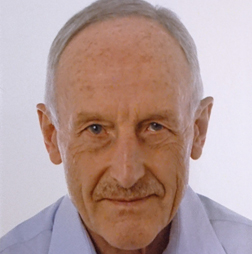 Hans serves as consultant for young biotech companies and industry VCs, as well as expert for public translational medicine efforts comprising of drug delivery programs, backed by decades of functional and management experience in the pharma- and biotech industry. During his earlier career, he introduced novel approaches including High Throughput Screening using cloned subtype receptors and developed new formulation technology to regulatory approval, at BASF Pharma, where he was also in charge of CNS discovery and a member of the Global R&D Project Portfolio Management Team. Thereafter, he held several management positions at Evotec where he was responsible for the in-house development of Ultra-high Throughput and High Content Screening to maturity, to evolve the technological competence also to a discovery service offering and for corporate projects. In parallel, Hans participated in German initiatives such as Impulskreis Nanotechnology and Nanobiomedicine, to develop and characterize nanomaterials, including their biological processing. He has studied Chemistry, with Physics and Biology minor, got his Ph.D. with distinction with M.Eigen 1974 at the Max-Planck-Institute for Biophysical Chemistry and worked as a Postdoc with J.P. Changeux in Neurobiology  at the Pasteur Institute.